The King in Yellow 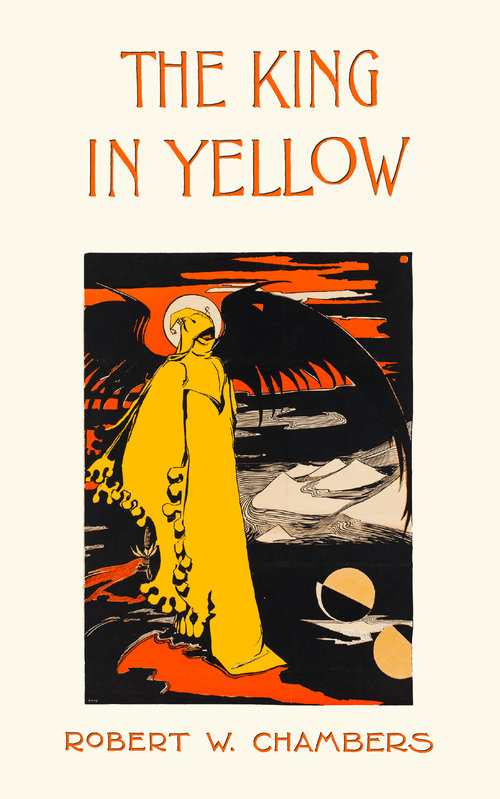 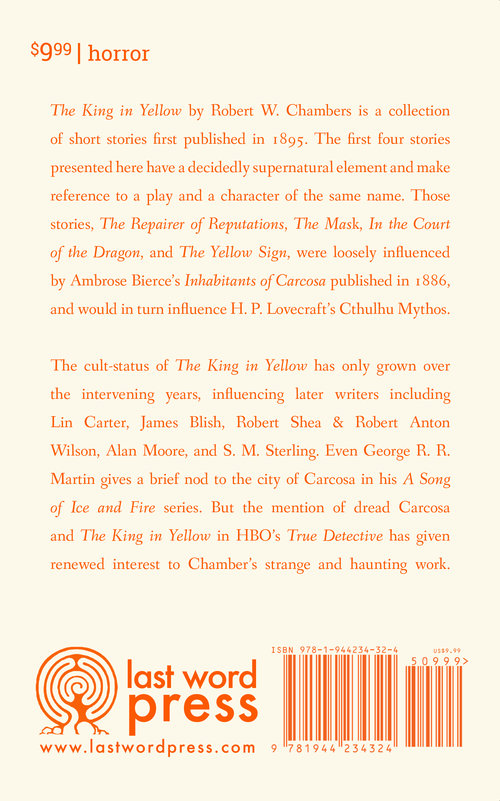 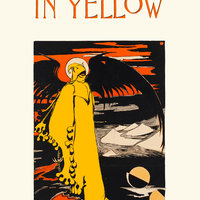 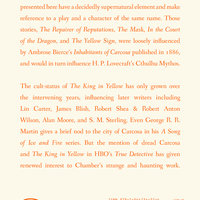 The King in Yellow by Robert W. Chambers is a collection of short stories first published in 1895. The first four stories presented here have a decidedly supernatural element and make reference to a play and a character of the same name. Those stories, The Repairer of Reputations, The Mask, In the Court of the Dragon, and The Yellow Sign, were loosely influenced by Ambrose Bierce’s Inhabitants of Carcosa published in 1886, and would in turn influence H. P. Lovecraft’s Cthulhu Mythos.

The cult-status of The King in Yellow has only grown over the intervening years, influencing later writers including Lin Carter, James Blish, Robert Shea & Robert Anton Wilson, Alan Moore, and S. M. Sterling. Even George R. R. Martin gives a brief nod to the city of Carcosa in his A Song of Ice and Fire series. But the mention of dread Carcosa and The King in Yellow in HBO’s True Detective has given renewed interest to Chamber’s strange and haunting work.