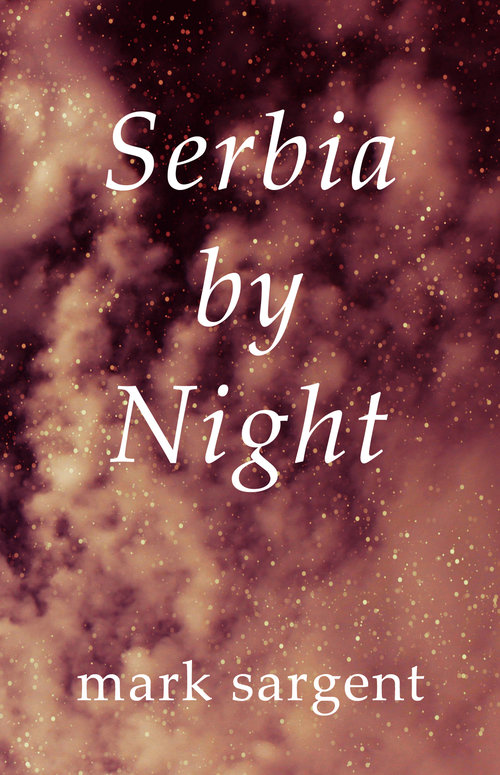 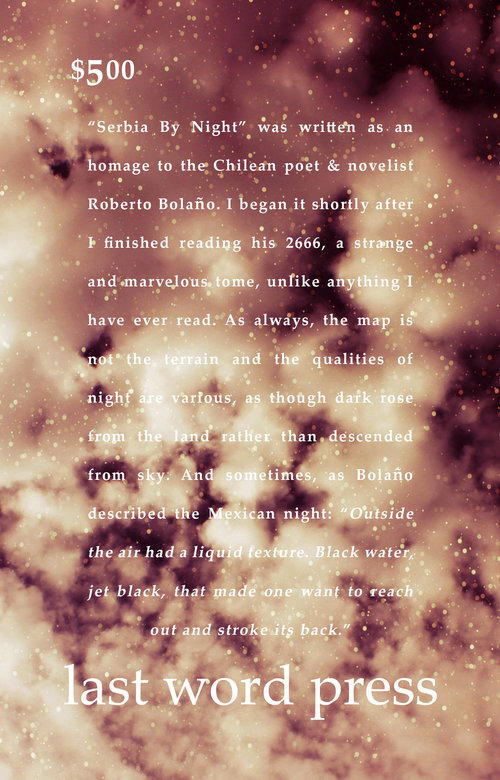 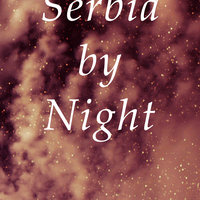 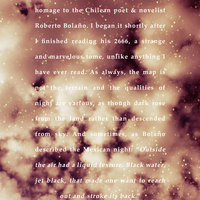 “Serbia By Night” was written as homage to the Chilean poet/novelist Roberto Bolaño. I began it shortly after I finished reading his 2666, a strange and marvelous tome, unlike anything I have ever read. As always, the map is not the terrain and the qualities of night are various, as though dark rose from the land rather than descended from sky. And sometimes, as Bolaño described the Mexican night: “Outside the air had a liquid texture. Black water, jet black, that made one want to reach out and stroke its back.”