War is a Racket 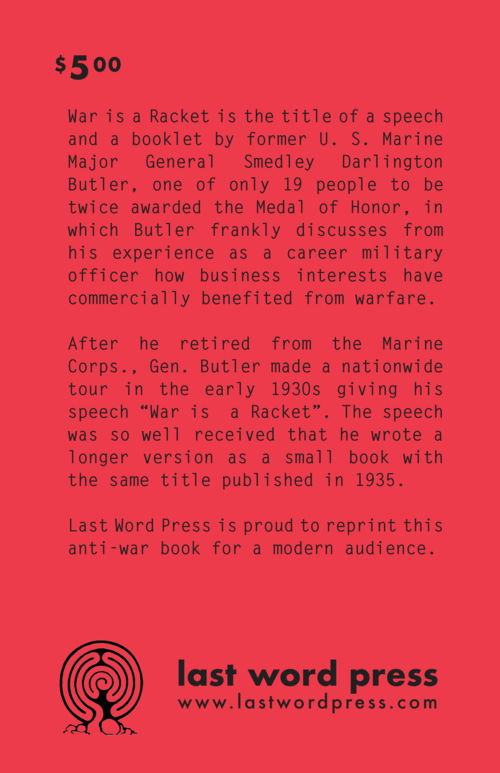 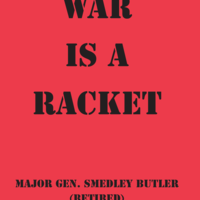 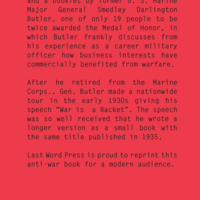 War is a Racket is the title of two works, a speech and a booklet, by former U. S. Marine General Smedley Darlington Butler, one of only 19 people to be twice awarded the Medal of Honor. Butler frankly discusses his experience as a career military officer and how business interests have commercially benefited from warfare. After he retired from the Marine Corps., Gen. Butler made a nationwide tour in the early 1930s giving his speech “War is a Racket”, which was so well received that he wrote a longer version as a small booklet with the same title.